versatile (adjective) able to do, or be used for, many different things – OED

Breakfast isn’t breakfast along the East Coast of South Africa without Darren Maule to entertain and enlighten you. His acerbic wit, on-point commentary and, often-feisty, approach to important topics are a well-loved mix on the morning radio show. But there’s a lot more to Darren Maule than just a breakfast show. 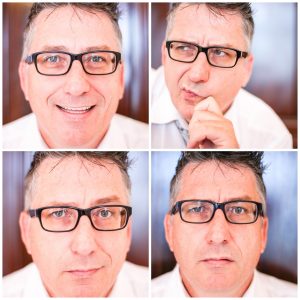 Whether he is playing a serious role in a television series, MCing a black tie event, buzzing up the airwaves, chairing a gameshow, or standing in front of an audience and making them laugh until their sides are sore, Darren Maule is the consummate performer – equally comfortable in front of a microphone, a camera or a live audience. Darren has been a familiar name and face on the South African entertainment circuit for more than two decades.

He is one of South Africa’s top stand-up comedians, has starred in award winning television series, and has featured in numerous TV advertisements, which have flighted both locally and internationally. Television viewers will, of course, remember the hilarious funny man from Survivor Santa Carolina in early 2010. He is also
an accomplished actor and in the same year, Darren enjoyed stage success as one of the leads in the Tim Plewman farce “Grin and Bare it”. He’s not afraid of any stage, or costume either, as evidenced by his appearance as a genius Genie in the 2015 Adult Panto version of Aladdin.

Prior to 2006, Darren was deeply involved in the stand-up comedy as one half of the comedy duo – the House Boys (Joe Parker’s Comedy Express Vol 1). They played in comedy clubs all around South Africa, with Darren as the mime! He is never far away from the discipline where it all started – comedy, as he regularly MCs at a comedy event and recently launched his very own vehicle for comedian madness – the Never Ending Comedy Tour. This unique and entertaining monthly institution sees comedians from across South Africa settling in to a KwaZulu-Natal stage to enchant and entertain audiences. It also seeks to promote and discover new talent, with each show making one slot available for a new face on the comedy scene.

In 2011, Darren took up the East Coast Radio breakfast show slot and has been waking up the province every weekday morning since. His stories, jokes, listener interaction and good, clean fun with his co-presenters make Darren Maule an essential start to any East Coaster’s day. Online streaming facilities have also enabled fans from across the country and globe to tune in online and enjoy his brand of humour and his unique take on current affairs.
Darren’s winning combination of intelligent repartee, engaging manner and ability to win over an audience make him a popular choice and appropriate host and MC for any corporate or private event.